“It is something close to my heart to take care of the needs, the queries and the fears of young people. They bring about a change in cultural and societal values as well as in the world of employment – they are our future. A second issue that is also very important to me is women and careers. I would like to make progress in both fields and inspire everyone to help shape the working world of tomorrow in a positive way today”.

Dr. Steffi Burkhart has always been interested in the bio-psycho-social health of people and organisations. After her career as a competitive athlete, she studied sports science at the German Sports University in Cologne and received her doctorate in health psychology in 2013.

At the same time, she worked in the company health management department of a large company from 2010-2012 – but found that this classic career path was not the one she wanted to pursue. In 2013 therefore, she moved to her then mentor Dr. Stefan Frädrich and established, together with a small team, the start-up company « GEDANKENtanken ». There she assumed responsibility for the management academy.

Since 2015, Dr. Steffi Burkhart has been self-employed and, as an independent person, has stood up for her generation in politics and business – and advocated this publicly: Millennials have no lobby in Germany because they are in the minority whereas the elder generation are in the majority (of the total population). That is why Dr. Steffi Burkhart pleads for a youth quota in politics and business right up to the top most positions and calls for an exchange of opinions and frank discussions – on an equal footing.

Misunderstood by decision-makers in politics and business, she published the book “Die spinnen, die Jungen!” in 2016 about her generation. A manual for the « Generation Y” »(GABAL Verlag). Through her stimulating lectures, (since that time) she attracts attention throughout the entire German-speaking economy, because she knows the exact stress points: Their digital transformation lacks talented junior staff, digital experts and the necessary millennials mindset. This is exactly where she comes into her own, providing important content and motivation about the mindset and worldview of her generation and how companies can replenish their talent pools, creating services and products that meet the expectations of modern customers, and enabling the change to an agile company.

Inspired by discussions with personalities such as Prof. Dr. Jutta Rump, Prof. Dr. Gunter Dueck and Nina Ruge, she decided in 2017, as a Millennial’s representative, to become increasingly more involved in the topic of women and careers. She is certainly convinced that, just as women and men from previous generations fought for women’s rights, so her generation must continue to fight for 100% equality between men and women. Since that time, she has been working and researching gender equality in business and is invited by business, politics and networks such as the « Initiative Chefsache » to talk about and debate the topic from the perspective of the Millennial Generation. Steffi has been a member of the Board of Directors of the Swiss company “PCP Impulse AG” since 2017.

In 2018 she continued doing what she stands for and what she is convinced about. As a Human Capital Evangelist she would like to emphasise a recently highlighted urgency: Not oil, not money, but talent – i.e. human capital – will be the scarce resource of the future. The reason for this is the global labour crisis, which will become reality in 2030, on the one hand, and the increasing skill mismatch, on the other. New technologies are transforming the skills that are required in the labour market – with a shift towards more advanced skills (Upskilling). Important investments in Human Capital must become a top priority in order to successfully master the change in work processes. Politics, business and science urgently (finally?) need to understand this, because it is high time to prepare Germany for “tomorrow” – technically, morally and politically before Germany loses the War for Talents as well as its moral compass through extreme swings, either to the right or to the left. In March 2018 Steffi was invited to join the Advisory Board of the European Workforce Institute Kronos which deals namely with Personnel issues of the future. The Advisory Board of the European Workforce Institute Kronos

As part of her mission, Dr. Steffi Burkhart also takes on selected honorary commitments. This includes her involvement in the Innovation Board of the Hamm-Lippstadt University of Applied Sciences (HSHL), she is a mentor to start-up teens, chairwoman at millennial events and a participant in expert circles such as Deutsche Telekom for “Digital Responsibility and Generations” (2016/2017) and Deutsche Bahn for “New Leadership” (2015).
Three times a year she participates, free of charge, in selected events. She is particularly committed to events organised by Millennials for Millennials, by students of business or in the field of teacher training. 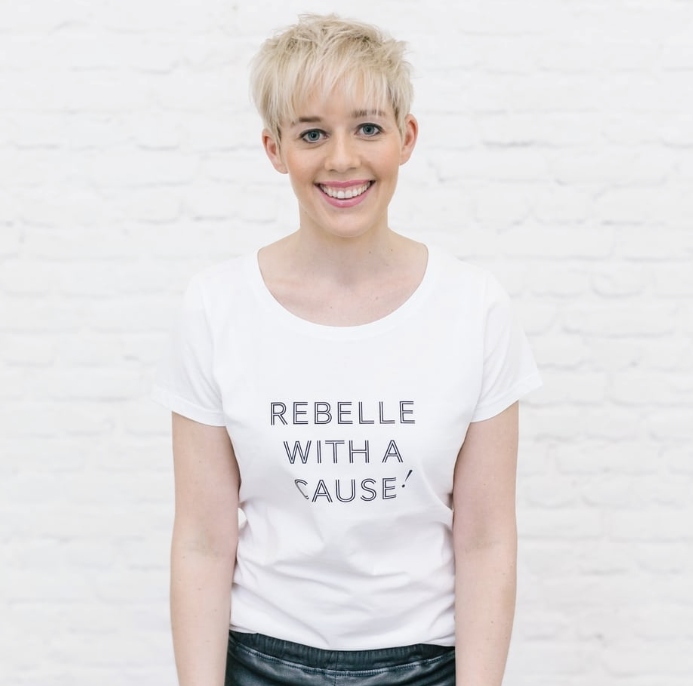 Dr. Steffi Burkhart was born in 1985 and thus belongs to Generation Y (*1980 – 1995). Raised in the Dahner Felsenland in Rhineland-Palatinate, she is one of a family of five and now lives with her partner in the centre of Cologne. When time permits, she meets friends, travels, practices sport or zaps through iTunes and Netflix.

As an anecdote, since Steffi is often asked what kind of competitive sport she practiced: Rhythmic gymnastics.